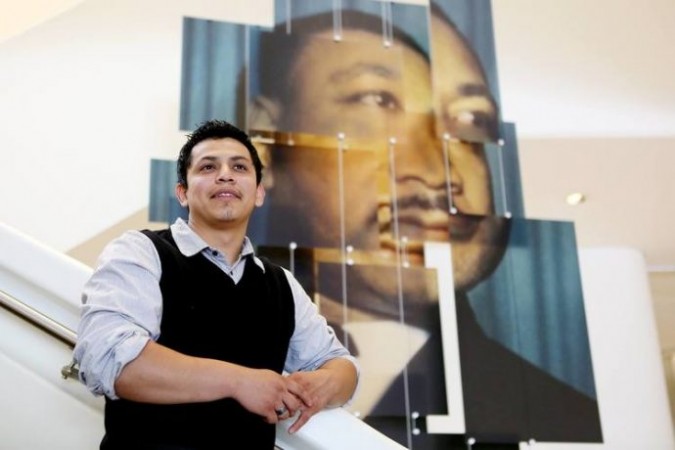 For much of my childhood, I yo-yoed between Mexico and the States, coming for the first time when I was two, back at five and returning to stay in 2000 when I was eight. This harrowing journey involved crossing the Rio Grande with my mom, aunt and brother. Praying we would make it, we held hands and slipped under the water. We did make it and have been here ever since.  My birthplace in Guerrero, Mexico, which is now famous for the disappearance of 43 students who clashed with local police. They are all believed dead. I could have been one of them.

From Texas I made it to Georgia where I went to school and graduated from high school in 2010. That’s when I started to feel stuck. Georgia bars the undocumented from its top five universities and requires out-of-state tuition fees in its other schools. I attended Freedom University for three years but it’s unaccredited, so even though I was accepted at New York Syracuse, I needed 30 credits to enroll and only had two transferrable credits that were accepted. When DACA was announced in 2012, I applied immediately and was able to secure the papers I needed to get a better job and was hired at Costco, a company I had long wanted to work for.  Now I work for Super Target as a produce merchant and volunteer with several immigration organizations to work toward reform. I live with my mom and two brothers, both of whom are U.S. citizens, making my mom eligible for DAPA.

I’m an aspiring American who works hard and believes I’ve earned a right to chase my dream of going to college and contributing to society. I must realize my full potential to help my family and my community. I’m determined to reapply to Syracuse and to join all the others like me who are fighting to take their rightful place in the U.S.