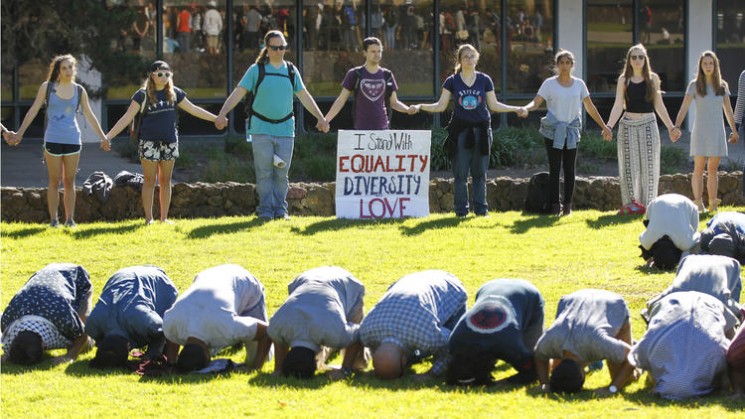 At USC, an Iranian graduate student is canceling plans to conduct research on Syrian refugees, afraid he will not be allowed to return to the United States.

At UCLA, professors have been deprived of a rare opportunity to visit Iran.

At UC Irvine and other campuses, students are nixing plans to visit their relatives post-graduation.

President Trump’s recent executive order imposing a 90-day ban on entry into the United States from seven Muslim-majority nations is roiling universities across California and the nation, fueling deep anxiety about the future of international academic exchange.

“Universities like UC depend on the exchange of students and faculty across the world and getting the best researchers and the best young scholars that we can,” University of California President Janet Napolitano said in an interview Monday. “The executive order runs counter to that by singling out a few Muslim-majority countries as home for potential terrorists when the factual basis for that statement hasn’t been proven. It’s not consistent with our values.”