Thanks to Undocupoets, poets don’t need papers to be heard

Anyone can write a poem. To be a poet, though — to have your work read in an age not exactly teeming with famous verse stylists, Amanda Gorman aside — you have to submit. Every year, poets around the country submit their work for dozens of prizes and contests, hoping for a shot at prestige, visibility, maybe eventually an academic job offer. It’s a difficult path, and until recently it was an impossible one for poets like Javier Zamora.

Zamora earned his MFA in poetry in 2014 at New York University under the best writers in the country. He’d been published in literary journals like Narrative and Meridian (and would be in the New Republic and the New York Times). But in his early years, he was largely excluded from prizes, contests and fellowships.

The reason? His legal status. Zamora, 31, was born in El Salvador and had temporary protected status, but he was neither a citizen nor a permanent resident of the U.S. — a longtime requirement for award submissions.

“It felt like a slap in the face,” Zamora recalled. “I had the grades, I had everything.” The exclusion felt out of step with the professed values of the community. “If these people who think they are at the vanguard of liberal thinking can’t acknowledge or understand what it means to be undocumented … if not them, then who?”

For years, these restrictions closed off opportunities while depriving the country of the perspectives of 11 million immigrants currently living here. But that has been changing, largely because in 2015 Zamora and some friends did something about it.

With poets Christopher Soto and Marcelo Hernandez Castillo, author of the 2020 memoir “Children of the Land,” Zamora co-founded the Undocupoets, a “group fighting to end citizenship-based discrimination in poetry publishing and contests.”

The trio drafted a petition urging literary organizations to scrap their requirement for proof of citizenship or residency. Signed by more than 400 writers, editors, readers and organizers, it was published in January 2015 in the journal Apogee — and Undocupoets girded itself for a risky fight.

“It was really frightening,” said Soto, 30, who was born in the Inland Empire. “Our names weren’t really known in the literary community, and we were going to be calling out all of these major editors, literary magazines and book publishers. … I felt like I was about to ruin my career before it even started.”

Instead, many of the organizations called out in the petition have since called themselves in.

The Academy of American Poets expanded its prize eligibility criteria to immigrants with temporary legal status, including those granted Deferred Action for Childhood Arrival (DACA). The Poetry Foundation followed suit. Undocupoets embarked on collaborations with Vida, Lambda Literary Foundation and other groups. For their work, the poets were awarded the Barnes & Noble Writers for Writers Award.

Still, victory was tinged with frustration. “The literary world knows they’re being exclusionary and only react when they’re being yelled at,” Soto said. And the Undocupoets know as well as anyone that status is far from the only barrier to inclusion. Attention to their cause inspired them to go even further to relieve what Soto called a “second tier of discrimination”: submission costs.

In 2017, they launched the annual Undocupoets Fellowship in partnership with the Sibling Rivalry Press Foundation. The $500 grants go to two poets — including one in the LGBTQ community — “who are currently or who were formerly undocumented in the United States to defray the cost of poetry-related submission fees.” This year, recipients will also be granted a six-week workshop with Catapult, a literary publisher. The deadline for applications is Feb. 28.

Jennifer Benka, president and executive director of the Academy of American Poets, was excited when she learned about the 2015 campaign. “We were happy to embrace that change,” she said. Benka isn’t sure how many prizes (if any) the organization has awarded to poets without legal status because it doesn’t ask. But she’s noticed a broader change in recent years.

Benka referenced the 2017 Survey of Public Participation in the Arts, which found that young adults and people of color were driving audience growth for poetry. According to the study, nearly 12% of adults reported reading poetry, up from 6.7% in 2012. The bulk of that growth came from young adults (more than doubling) and people of color, particularly Black and Asian American readers.

“That research really bears out what we see,” said Benka, “that the poetry community today is just more diverse than it even has been.”

And that was before Gorman, a 22-year-old Black woman, captivated the world by reading “The Hill We Climb” during Joe Biden’s inauguration and becoming the first poet to read at the Super Bowl.

The Undocupoets organizers have seen it firsthand. Applicants for their fellowship have hailed from the Philippines, China, Mexico, Brazil and beyond. Some of them confessed in their cover letters that they’d never before told anyone about their legal status; under the Trump administration, even applying felt like a risk. (Fellows can opt to remain anonymous to the public, as one 2020 winner chose to be.)

“There was a time when we just really didn’t know ... whether or not people would feel comfortable essentially outing themselves,” said Janine Joseph, an Undocupoets organizer. Nonetheless, submissions have doubled every year since 2017. 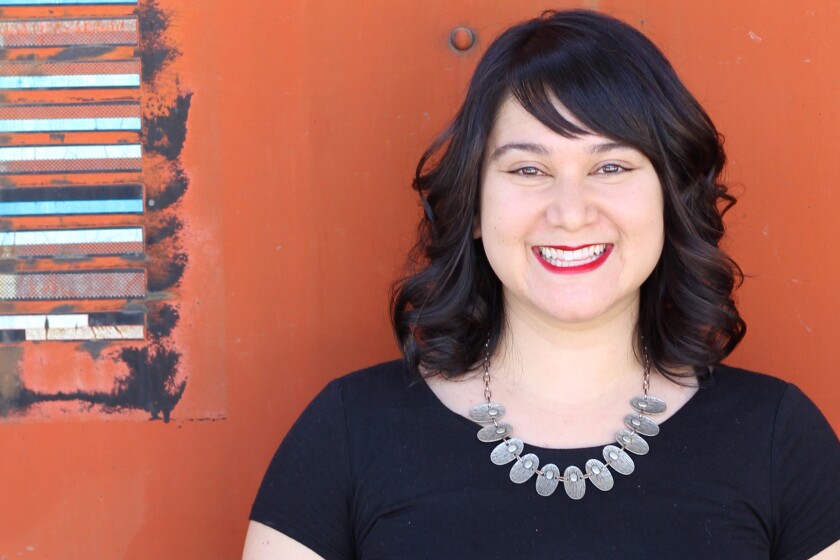 Introducing Janine Joseph, a talented poet who writes of being undocumented

“We were like, ‘OK, there’s a reason for us to be here,” said Joseph, a Philippines-born assistant professor of creative writing at Oklahoma State University.

The literary world has long been criticized for its lack of representation. Flatiron Books incurred widespread backlash last year after releasing Jeanine Cummins’ “American Dirt,” a novel about Mexican migrants for which the white author reportedly received a seven-figure advance. The controversy, followed by the Black Lives Matter protests, sparked discussions around pay inequities between white writers and authors of color.

“We’re always the subject of people’s stories,” said Yosimar Reyes, a 2017 Undocupoets fellow and DACA recipient. “I don’t think it’s ever occurred to people that we are also writers, thinkers, philosophers, and that we’re actually the agents of our own stories.”

Born in Guerrero, Mexico, Reyes, 32, was 3 when his mother hired a coyote and sent him, his brother and his grandparents to live in San Jose. Reyes started writing poetry as a teenager to navigate the stressors of his life: lacking legal status, being queer and living in poverty. Poetry allowed him to express the things he was scared to speak out loud.

Esther Lin didn’t feel safe telling her story, either. She was born in Rio de Janeiro to parents who had fled China; the family migrated when she was 4 to Queens, N.Y. Her family was the only one she knew without legal status — or the only one who’d speak to her about it. “At least for the Asian American community in Queens … it’s too shameful a subject matter to reveal that you are undocumented or that you used to be,” Lin said. “It’s just something you don’t talk about.”

That changed for Lin in 2017, when she won an Undocupoets Fellowship.

It was one thing to meet other immigrants who’d had the same “living-in-the-shadows experience,” still another to know so many of them were poets. “I had just assumed there must be 12 of us in the country,” she said, laughing.

But the fellowship is about more than community; it’s about money. It’s hard enough as a poet to weather rejection after rejection from prizes, journals and fellowships. It’s even harder when you can barely afford it. An instructor for Stanford’s continuing studies program, Lin itemized the costs: Her application to Stanford’s Wallace Stegner Fellowship cost $85. For the Fine Arts Work Center Fellowship in Provincetown, she paid $50. Book prize submissions can range from $15 to $35. Literary journals usually charge $3 or more just to read your work. That doesn’t sound like much, but it’s very easy to rack up 20 rejections — $60 worth. The system benefits those with a financial cushion.

“It was quite a lot of money to apply for something that you are probably going to be rejected from,” said Lin, who now organizes for Undocupoets. She allocated her $300 in fellowship money directly toward applications and submissions, which she sent without hesitation. (After the first year, the number of grants was reduced from five to two so each fellow could receive more).

A few years on, the fellowship now benefits even those who have attained legal status, like Jesús I. Valles. Valles, who uses they/their/them pronouns, was 9 years old when their father hid Valles in his pickup truck and drove across the border from Juarez, Mexico.

Growing up in El Paso, Texas, Valles read voraciously and dreamed of being a published poet. Writing helped them make sense of Donald Trump’s alarming rise, and an Undocupoets Fellowship gave Valles not only validation but a community of peers.

“When you’re undocumented, or when you live in a mixed status family, one of the unspoken contracts that you sign with this country is silence,” Valles said. That silence, they added, is “soul damaging.”

Through “a series of happy accidents,” Valles became a naturalized citizen at 19. But the fellowship was a true “gift” — and not just a monetary one. “It made so many of us feel less alone.”

Like Loading...
Previous article “DYING OF COLD”: ICE DETAINEES FREEZING IN SOUTHERN PRISONS Next article The blind spot in the immigration debate