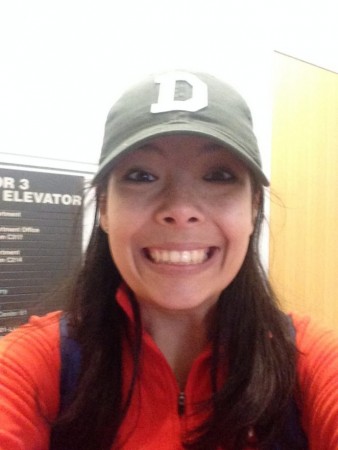 For me, growing up as Undocumented meant thinking every moment spent with my family could be my last. I feared deportation and being separated from my mom and dad and three siblings. The only thing that kept me going was believing that dedication to my studies would help me make something of my life and become someone who lived life above fear. However, during my senior year of high school, no counselor knew how to help me get into college. Since the Georgia University system doesn’t allow in-state tuition rates for undocumented students, I had to search for schools outside the system. Despite the fact that I had been educated in Georgia schools since I was seven, that my parents’ tax money helped fund these schools and that I was an honor-roll student every year, I was not allowed to apply for in-state tuition to the Georgia system. None of my years of hard work mattered to my home state because I didn’t have a nine-digit number. Although I was afraid I’d never find a college that would accept me, I applied anyway and was accepted at two private colleges in Georgia. I chose a school that I thought would best fit my needs, but just one day before classes began, my $30,000-aid package was withdrawn solely because of my undocumented status. I was devastated. All my efforts to make something of myself seemed to be for nothing.

It was truly the kindness of others that allowed me to start my freshman year. My community rallied and raised enough money for me to begin school at the second college that had accepted me. Sadly, though, when the money ran out, I was forced to leave school and was left in tortuous limbo for several years. I couldn’t get a real job or drive because I didn’t have a Social Security card, work permit or driver’s license. What kept me going were the students and faculty at Freedom University, a non-accredited college that focuses on higher learning opportunities for DREAMers in Georgia.

Trying to gain legal status has been extremely difficult. My aunt was a citizen and she sponsored me when I first applied in 1996. It was not until 2012 that I became a permanent legal resident with a green card. It was then that I was finally able to continue my education. With the help of FU students, faculty and volunteers, I was accepted into Dartmouth College where I focus on Latin American and film studies. I have financed my education with the help of private scholarships, student loans and federal assistance.

For so many years, it was hard to look toward the future. Even now, I realize that the feeling of being Undocumented never goes away. It is absorbed into your being and scratches at your soul. I have lived in the States since I was seven. This is my home. As an Undocumented person, I have been tested, finding out so much about myself and my community.  I have learned to live in the Now, to make the most of every opportunity and to pursue my dreams, despite all the obstacles.