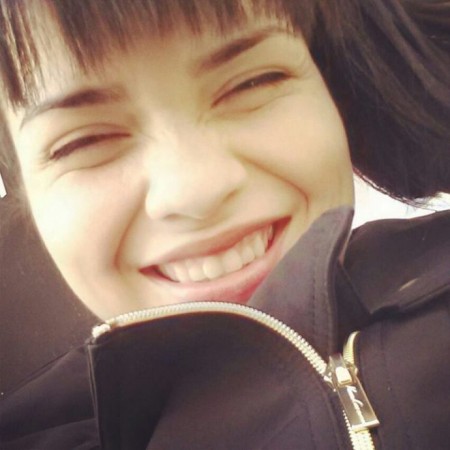 I was only six months old when I came to the States with my mother and siblings on a tourist visa to reunite with my father who was already working here. My immediate family was together again but we left aunts, uncles and grandparents behind – people I should have had in my life as I grew up. Getting here was not hazardous for us, but staying had its own perils with the constant fear of being deported and separated from my family. These experiences have profoundly shaped who I am and fueled my dedication to social justice.

I became a permanent resident in December 2014. It has been a long process. First I was undocumented, then I was “DACA-mented” with a temporary work permit, and now I have a green card. My younger sister was born in the States and my older brother became a naturalized citizen. He sponsored my parents who became legal residents and are soon to be U.S. citizens.

I have so many dreams. I want to be a writer, a mom, a community organizer, a teacher. I want to explore Costa Rica, the land of my birth. For now my immediate goal is to graduate and then teach. After receiving the Davis Putter scholarship, I’m now in my third year of studying public policy and literature at Sarah Lawrence College. My focus is on Latin American studies. I also actively train and support the members of Sarah Lawrence for Immigration Advocacy. I first came to Sarah Lawrence through an invitation from a dear friend to be a guest speaker about my work with United We Dream and the Florida Immigrant Coalition.

I’m a resilient and charismatic person – able to spread my good mood and sometimes my bad mood (ha-ha). I enjoy showing people how powerful they are and can be. I have an incredible emotional capacity that I’m still exploring as a young woman. I’m not afraid of being vulnerable because I feel my entire existence has been vulnerable.

As an undocumented immigrant, I found strength in bringing people together -- leading youth organizing for the Florida Immigrant Coalition and Students Working for Equal Rights, serving as a project manager for the Trail of Dreams (Miami to DC for immigration justice), founding and coordinating the Lakeland Immigration Legal Clinic, leading efforts on the No Somos Rubios Campaign and traveling to Alabama to fight anti-immigration legislation, co-founding the Alabama Coalition for Justice there. I continue to serve as a board member for United We Dream.

I see myself as a defender of immigration and LGBT rights and I go where I’m needed and do what has to be done. I will continue to work for social justice because I want others to be able to hold onto their dreams, to realize their full potential.