SAN DIEGO —  A federal judge on Thursday urged the Trump administration to do more to help court-appointed researchers find hundreds of parents who were separated from their children after they crossed the U.S.-Mexico border beginning in 2017.

A court filing revealed this week that researchers have been unable to track down the parents of 545 children — a number much larger than previously known and that drew outcry. Most of the parents were deported to their Central American homelands, and their children were placed with sponsors in the U.S., often relatives.

U.S. District Judge Dana Sabraw refrained from issuing an order during a hearing in San Diego and instead asked Justice Department attorneys to explore ways the administration can make it easier to find the parents.

Attempts to find families separated from their children have been underway since Sabraw ordered the government in 2018 to end the much-criticized practice under its “zero tolerance” policy for people who cross the border illegally.

Sabraw initially ordered the government to reunite more than 2,700 children with their families, believing that to be the total number who were separated. But it was later discovered an additional 1,556 children were taken from their parents going back to summer 2017, including the 545 kids who are still separated.

Attorney Lee Gelernt of the American Civil Liberties Union, which sued over the practice, said the government could provide funding for the search, which now is being conducted by a handful of human rights defenders in Central America. 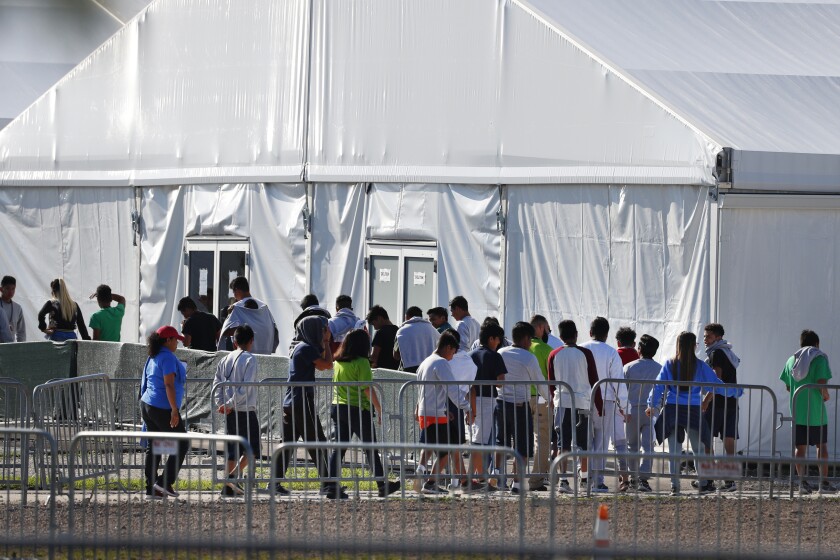 When the issue was originally brought to their attention, U.S. officials were not interested in looking for the parents, he said, but that changed when outcry spread about the number of parents deported without their children.

“In light of the backlash, the government is now claiming it wants to assist us in finding these families,” Gelernt said.

The administration’s foot-dragging has made it even tougher to find the parents because of how much time has passed, he said.

Coronavirus restrictions prevented researchers from going into many areas from March until August, but as those measures ease up, researchers hope to make more progress in coming weeks.

U.S. authorities have provided telephone numbers for 1,030 children to a court-appointed steering committee, which tracked down the parents of 485 of those children.

The committee has advertised toll-free phone numbers in Spanish on billboards and other places in Central America to reach families.

Volunteers have searched for their parents by going door to door in Guatemala and Honduras and combing public records, the ACLU said in a court filing.

The judge called for an update on Dec. 2 and set another hearing for Dec. 4 to discuss the progress.

“This, of course, is the most significant piece remaining” in terms of the family separations, Sabraw said.

U.S. Rep. Joaquin Castro, a Texas Democrat who chairs the Congressional Hispanic Caucus, said the government needs to allow parents deported without their children to come back to the U.S. and give them a chance to become legal permanent residents and eventually citizens.

Just nine parents separated from their children were allowed back in January.

Castro also called for a special committee, perhaps in the form of a human rights commission, to investigate the harm done through the mass separation of families in 2017 and 2018.

“This was coordinated cruelty, coordinated abuse, at the highest and the lowest levels of the American government,” Castro said.