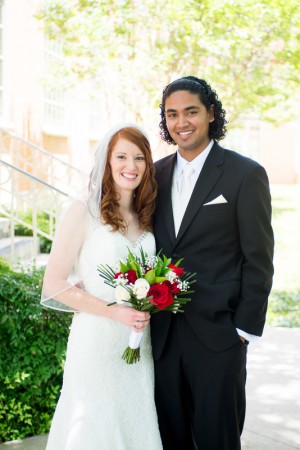 I’m a Christian who raps, an artist who has found inspiration for my own life and a way to help others through my music. I think everyone is looking for a refuge, a home. I’ve found mine in the U.S. where I have the opportunity to live the life I was meant to pursue – not be overwhelmed by the poverty and violence that rules my hometown. And I have discovered my calling in my church where I perform my original songs.

I was only five when my mom crossed the border with my two sisters and me to reunite with our father who was already living in Dallas. Our family started over and eventually settled in and my two little brothers were born there – both U.S. citizens. But my father was deported in 2004 after almost a decade of making a home for his family, which was torn apart when he was forced to leave. When my mom’s father became very ill, she took her two small boys and returned to Mexico to be with her husband and dying father. My older sister had already returned to Mexico to care for our grandfather. Only my sister Alma and I remained in the States.

First we stayed with a cousin, but that didn’t last long for me when the cousin’s boyfriend kicked me out on the streets. I tried overnights with friends but basically I was homeless during high school. I was fending for myself and determined to graduate, which I did in 2008.

On my own at 18 with my high school diploma, I was not at all sure about my future until I found the Lord and a mentor, David Funke, who was the Director of Dallas Youth with a Mission (YWAM).  He found me a place to live and guided my religious pursuits. I was now on the path that would guide my life.

When DACA was announced in 2012, I applied right away. I had already graduated from El Centro community college where I got my AA degree in liberal science. I was later accepted at Southern Methodist University, a private four-year institution, but I couldn’t afford to attend. I then decided to take care of my brothers who returned to the States in 2012. This was very hard to do, but I did my best until my sister took them back to Mexico the following year.

I have since moved from Dallas to Atlanta where I met my wife-to-be Amy three years ago. We have been married seven months. She works as an accountant and I work at my church, ministering through my music both to congregants and those who attend my performances throughout the community. My dream is to return to college to get my BA and to attract a larger, even commercial audience with my music.

I was able to return to Mexico through DACA parole this past November when my grandmother was very ill. It had been 11 years since I last hugged my parents. It was a wonderful reunion but I realized anew that my life is in the U.S.

This life is now documented in my book, Left in America, discussed on my website: www.LeftinAmerica.org. By telling my story, I hope to inspire others to make the most of their potential. I want to give back to my community and gives others hope and comfort, to tell them they’re not alone.

Like Loading...
Previous article Yadira A. Next article Elizabeth J, D.- Determined To Make The World A Better Place