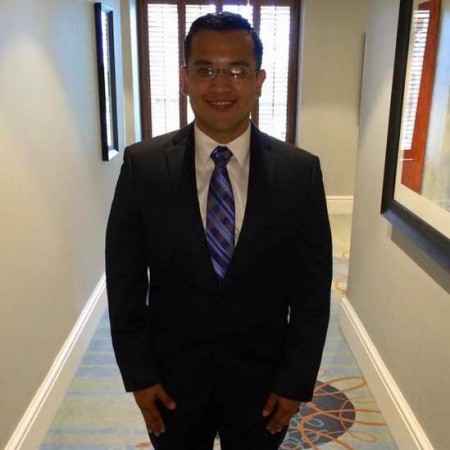 My mom, who was already living in the U.S., felt she had no choice but to get me out of Honduras because I had been shot at twice while playing soccer -- being caught in the middle of two rival gangs. Though I was only 14 and faced a dangerous journey alone, she thought I’d be safer leaving than staying. For 45 days, I traveled – walking across wide stretches of rough terrain, sleeping in the mountains and hanging off trains. It was hard and frightening. I lost all my toenails from the walking and have had to have four knee surgeries since, but I’d do it again. I still have nightmares, but when I awake, I’m with my family. All I knew then was that I couldn’t go back. I might die trying to get to the States, but I would surely die in Honduras.

I held onto the thought that I would someday reunite with my mom and sister. They had left for the States, escaping from my father and debilitating poverty. My brother had already died in my mother’s arms because she had no money to take him to the hospital. Our father was a controlling alcoholic. I stayed behind but hoped it wouldn’t be for long. As I made my way north, I felt I had no choice but to keep walking. I was desperate to be with my family and away from the danger and hopelessness of where I’d grown up.

I have now lived in the States for 14 years. Like my mom, who blazed the path for me to follow, I think of myself as brave, hungry for justice and working for change. I will get my doctoral degree and be a good family man, be the father to my children I didn’t have. My mother is my role model and I want to make her proud. She made unbelievable sacrifices as she dealt with extreme poverty and violence threatening her children on a daily basis and helplessly losing one of them. I know she would have taken me with her if she’d been able. What matters is she stayed in touch with me and gave me the encouragement to leave.

My sister and I are both eligible for DACA, a most welcome change in status that has opened so many doors. Making DACA a reality for me took the help of others who somehow heard about me. Satcha Pretto, a Honduran Emmy award-winning journalist and news co-anchor of Univision’s “Despierta America” found my story on social media and called me asking me to appear on her Miami-based show. The show also features a segment with L.A. immigration lawyer, Jessica Dominguez, who took my case pro-bono and helped me qualify for DACA when I was student body president of Texas A&M.

My dream is to get my Juris Doctorate and to teach law at a university. I also hope to someday return to Honduras to fight against poverty and child labor by building schools and empowering a new generation of smart and resilient Hondurans. I have been given such an opportunity to live and work in the U.S. that I want to give back by teaching and motivating others, by bringing about real improvement in people’s daily lives. I want to say thank you to my country, a country I love where I can be with my family. I have been saved by DACA but my mom has no protection from deportation. Her sacrifices to give her children a better life are being criminalized. I hope to work for immigration change that embraces the importance of keeping families together.