A November inspection of Otay Mesa Detention Center, conducted virtually because of the pandemic, found eight deficiencies under detention standards that the contracted private facility is required to follow, according to records released this week by Immigration and Customs Enforcement.

The deficiencies were in the areas of medical care, admission and release, staff-detainee communication and telephone access. The report, written by ICE’s Office of Detention Oversight, notes that not all standards could be evaluated because inspectors couldn’t physically enter the facility.

ICE, the federal agency responsible for immigration detention did not respond to a request for comment on the inspection’s findings Tuesday.

Ryan Gustin, spokesman for CoreCivic, the private prison company that owns and operates the facility, said that the company was “grateful” for the report’s feedback.

“We take very seriously our responsibility to care for the individuals in our facilities, including OMDC and we work hard to ensure that we meet the stringent standards set by our government partners and ourselves,” Gustin said. “The safety and well-being of these individuals is our top priority. OMDC facility staff were commended by ODO for their responsiveness during this inspection. OMDC will continue to work with our government partners and develop corrective action plans to address any issues that have not already been remedied.”

The facility also holds criminally charged inmates for the U.S. Marshals Service, but the inspection was specific to immigration detainees and immigration detention standards. The three medical care deficiencies involved care of detainees with mental health conditions requiring psychiatric medication. The inspectors found that one detainee who had been prescribed these medications had not had the required monthly monitoring check-ins. Two detainees did not have required prescription consent forms on file, nor had they been educated about the medications before taking them. Inspectors also found that the required refusal forms were not on file for two detainees who had refused to take their psychiatric medication.

The inspectors cited an admission deficiency because in two of the 12 cases reviewed, ICE officials hadn’t signed the documents ordering that the person be detained. They also cited deficiencies because ICE hadn’t approved the facility’s orientation process or release process.

The report found a deficiency in staff-detainee communication because staff didn’t announce their presence when entering a housing unit — which a detainee particularly cited as an issue when the staff member is not the same gender as the detainees in the unit. The report noted that ICE and CoreCivic said they would provide a refresher training to their staff to address the issue.

Inspectors also noted the telephone system as an area of concern because it was not clear from facility documentation whether the phone lines were being tested regularly, and the inspectors received a complaint that the phones disconnect frequently during calls. 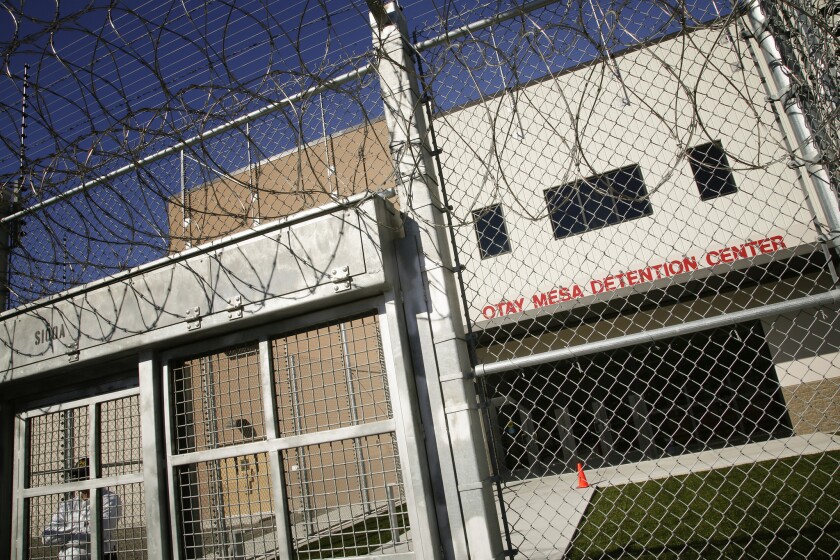 The facility has the capacity to hold 1,142 people in ICE custody, the report says. The average daily population and current counts of men and women at the facility were redacted, though previous reports have published these numbers.

The number of people held at the facility was reduced under court order during a COVID-19 outbreak earlier this year. The inspection report did not discuss the facility’s handling of the pandemic.

One detainee — who tested positive for COVID-19 in October — complained of being unable to discuss more than one health issue at a time when being seen by the facility doctor.

The last time Otay Mesa was inspected in person, in February 2020, there were nine deficiencies in a wider range of areas — medical care, disability accommodation, food service, admission and release, environmental health and safety, religious practices and personal property. 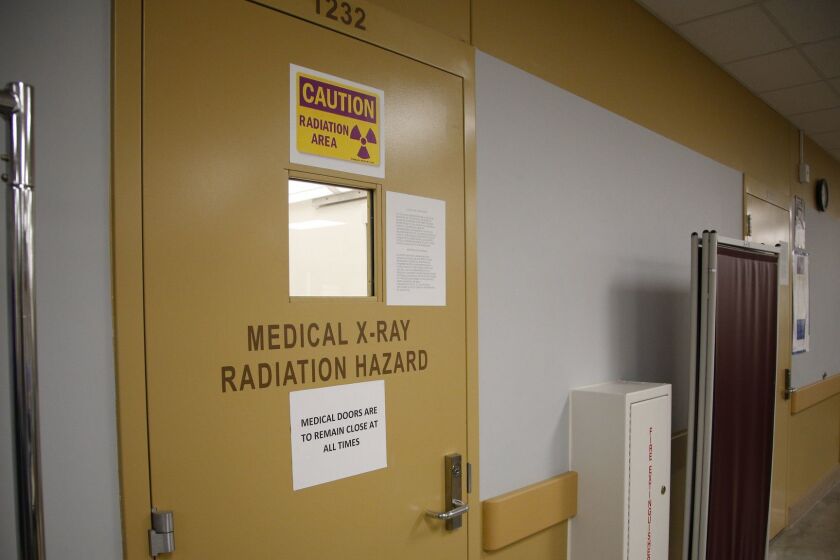 During that inspection, officials found a similar issue regarding a lack of signed detention orders.

For the November inspection, staff from the Office of Detention Oversight interviewed 12 detainees. In February, inspectors interviewed 18.

Like Loading...
Previous article The Trump administration spent millions on border wall contracts to build on land it doesn't own Next article Trump extends visa restrictions through March