A federal judge in Los Angeles on Tuesday ordered the immediate reduction of the population of the Adelanto ICE processing center due to an outbreak of COVID-19 spreading through the facility.

Of 784 immigrants housed at the 1,940-bed detention center, 81 have tested positive for the coronavirus, including nine requiring hospitalization, according to U.S. District Judge Terry Hatter’s written ruling.

The outbreak was most likely caused by a sick staff member, but contact tracing has apparently not been conducted and the source of the outbreak has not been identified, according to Hatter’s order, which modifies a prior injunction.

Hatter said a previous plan to test all Adelanto detainees was quashed “for an unjustified and arbitrary reason” by Gabriel Valdez, ICE’s assistant field office director at Adelanto.

Earlier this month, ICE spokesperson Alexx Pons said that when a detainee exhibits symptoms consistent with COVID-19, immediate action is taken to isolate and monitor, provide care and conduct contact tracing to extrapolate the possible source of the infection.

However, Hatter found that the government’s response to COVID-19 “remains inadequate and objectively unreasonable.” 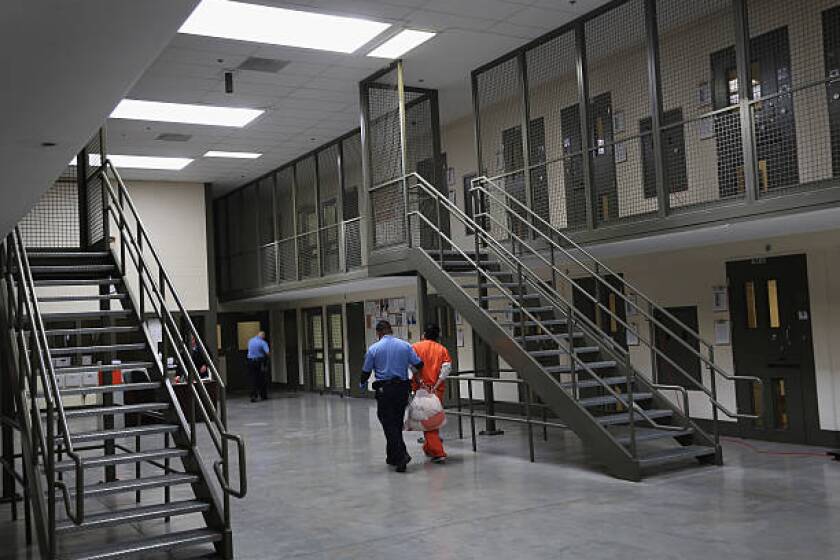 Last week, a federal appeals court panel held that the lower court has the authority to fashion a plan to address the facility’s continuing challenges in dealing with the COVID-19 pandemic. The U.S. 9th Circuit Court of Appeals vacated the core provisions of a preliminary injunction issued by Hatter in April.

The decision was part of a months-long battle over the safety of immigrants detained at the facility, which is owned and operated by the GEO Group, a private prison company.

Hatter ordered that ICE must: