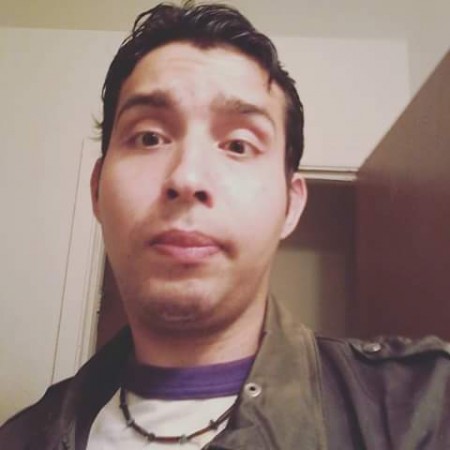 My mom brought me to the U.S. when I was only five. I couldn’t speak any English but quickly taught myself the language, adopted the American culture and became loyal to the nation. What I saw was that diversity was promoted, that the American Dream was for everyone, regardless of skin tone.

As a child, I never asked myself, Am I legal? I didn’t wonder if I belonged in the country. I belonged in my family and that was all that mattered. My parents risked their lives to make a home for me in Arizona and I would grow to appreciate the enormity of their sacrifice as I grew older.

Approaching high school graduation, I came face-to-face with the fact that I was undocumented and couldn’t get a work permit or driver’s license and had very limited educational opportunities. Up until then I had just asked that people see the good in me. Now I needed a piece of paper to prove I was worthy of trying to make something of my life. It was a harsh awakening.

In 2006, while driving to church, my girlfriend and I were struck by an oncoming truck. Since I had no driver’s license, my citizen girlfriend was at the wheel. We were both badly hurt and were flown to Scottsdale-Osborn where we arrived in critical condition, fighting for our lives. And then our shared tragedy went in very different directions. While she received immediate, extensive care, I had to wait. The ensuing blood loss sent me into a coma and finally resulted in treatment because I fell into an acceptable category -- a life-threatening condition. So my life was saved but the additional treatment needed to repair the damage done was not provided because my family couldn’t afford ongoing care. The fact that my two brothers were citizens meant that I received emergency AHCCS, but the expense was capped and any additional medicals costs were out-of-pocket. It was an impossible situation.

As I lay in a coma, the doctors told my mother, who was five months pregnant, that I couldn’t continue to receive care in that hospital. She begged for time, but after several days, my mom received a call that I was being transferred to a clinic in northern Mexico. She could come say goodbye. She arrived just as I was being transferred out of the hospital, deported out of the country in a comatose state. No consent had been given and I was underage and unconscious. My mom wasn’t allowed in the ambulance so she followed in her car trying to make her case that I shouldn’t be alone. Finally, she was allowed to join me. By the time we arrived at the clinic, I had developed a fever due to an infection from my “care” in Arizona. My mom stayed by my side night and day, and months later, I awoke from my coma, with no memory of the trauma and no ability to move. I tried to scream but the tracheotomy took my voice. I would eventually gain mobility and start to piece my life back together.

We had had to leave the clinic before I regained consciousness because it didn’t have the equipment needed to sustain my comatose state. With the help of family, we moved into a house belonging to my grandfather in southern Mexico and my mother cared for me. After I re-entered the conscious world, I began self-rehabilitation. When we had to move on in search of other housing and food, it was very hard on my mom and me. It felt like we were living in a foreign country, though we were shown many kindnesses, especially from my aunts on my father’s side. At some point, I attended immigration rallies because I knew firsthand what it was like to have your rights stripped away.

While surviving in Mexico, my driving desire was to go home. My home was in Mesa, Arizona and I was eventually able to slip across the border with the assistance of coyotes. My mom joined me a week later. When we arrived at my mom’s sister’s house, I was so happy I cried. I was home.

Within a year, I returned to high school to finish my education. It was a struggle but I did it. I hope to continue my education, especially now that Arizona allows Undocumented state residents to pay in-state tuition. I received some ongoing medical care through my aunt’s work insurance. However, I still have health issues from the accident and money is always a problem.

After a long search, I have been able to find work, thanks to qualifying for DACA. I help families become financially independent as I try to establish my own independence by getting better health-wise. If I can regain what I once had, I can rebuild my life and realize my potential. I hope that my love of life, my kind heart and my tenacity will serve me well.

At 16, my entire life was changed in a moment through no fault of my own. The accident and almost dying because of being denied proper care were traumatic enough, but being deported while critically ill and comatose have left additional scars that may never heal. Despite how I was treated, I love this country and will work hard to make the most of my life and to improve the lives in my community. I know better than most that immigration reform is a matter of life and death.