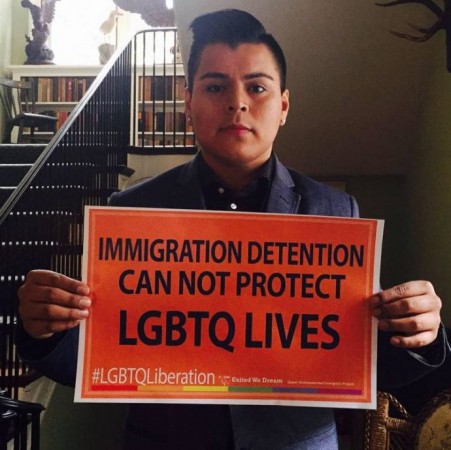 Brought to the U.S. from Mexico with my two siblings when I was only two, the U.S. is the only country I know. My mom brought her family here so she could provide us with some economic stability and more opportunity. It was not so much a rational decision as a desperate move. She felt she had no choice. When I was 17, my mom returned to Mexico to attend a family funeral and was unable to return. I would not see her again for five years until 2013 when my mom and I participated in Operation Butterfly which allowed us to visit through the U.S.-Mexico border fence.  We were not alone. There were hundreds of us trying to reconnect with loved ones and create a memory that would sustain us through the long separations we would endure. Though we were without a mom, my father managed to reunite with his children in Washington where we were growing up. It was hard coping with how fragile and fragmented our family had become. The one constant was a belief in getting a good education, even though I was worried I could never establish a career because I lacked the proper documentation. The one person who kept my hope alive was an educator and mentor, Roberta Lindeman, who helped me gain the confidence to graduate high school with honors and go on to college.

When I began studying political science at the University of Washington, I better understood the history of the U.S. and how democracy functioned here. Without proper documentation, I was all too aware of my limitations in realizing my potential in the U.S.  Out of this frustration, I became an activist for immigration reform and eventually moved to D.C. to work for UnitedWeDream.  As a program coordinator, I focus on the rights of LGBT immigrants. DACA was a lifeline to me and allowed me to live my dream -- to join a powerful organization, which believes that those most impacted by immigration legislation are the most motivated to work for reform for themselves and millions of others.