Asylum seekers from Cameroon and the Democratic Republic of Congo are raising the alarm that U.S. immigration officials plan to deport them on a chartered flight as soon as Tuesday morning to countries where they believe they will be immediately arrested and killed.

More than 200 asylum seekers, most from Cameroon, have been transferred to Prairieland Detention Center near Dallas in preparation for the flight, according to phone interviews with detainees. Some detainees say they were forcibly coerced into signing deportation paperwork, and concerns over the possibility of falsified travel documents have also arisen as advocates and attorneys campaign to stop the deportations.

The San Diego Union-Tribune recently published an investigation into what can happen when asylum seekers in legitimate danger are deported to the places they fled. While that investigation focused on the difficulties that someone can have in proving a gang violence case, asylum claims from Cameroon and Congo are generally more straightforward cases of political persecution by government itself. 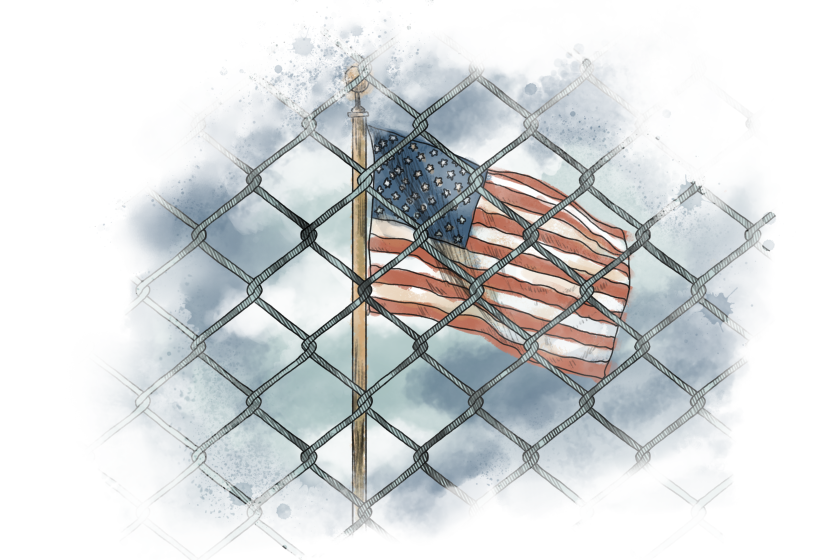 The Cameroonian government, controlled by French-speaking groups, has been targeting English-speaking cultural groups, known as anglophones, for years in an escalating civil conflict. Many anglophones, including a journalist who won her casein San Diego in 2019, have sought asylum from that persecution in the United States.

In Congo, people who oppose the political party in power — and even election observers who report inconsistencies — have had to flee for their lives, including a family that was separated from the father at the San Diego-Tijuana border in 2019.

But in a system known for its capriciousness that has been steadily restricted under the Trump administration, many of these asylum seekers with seemingly legitimate cases have been ordered deported.

“We know we are sending these people back to their deaths,” said Ruth Hargrove, a former professor at the California Western School of Law whose client is among those scheduled for deportation. “I don’t understand how we as a country can do that. I don’t understand. We know exactly what we’re doing.”

“ICE is firmly committed to the safety and welfare of all those in its custody,” Cox said. “ICE provides safe, humane, and appropriate conditions of confinement for individuals detained in its custody.”

Hargrove’s client has been in immigration detention since March 2019. He came to the border at the San Ysidro Port of Entry to request protection but was quickly transferred to a facility in Louisiana.

The first attorney her client hired barely met with him before the trial, Hargrove said, and had already been disciplined for similar negligence in other cases.

“He didn’t know 90% of what had happened to my client,” Hargrove said.

That meant that the judge didn’t either.

Because he was believed to be affiliated with anglophone protests, Hargrove’s client had been imprisoned in Cameroon, tortured and threatened with death. Several men who were imprisoned with him were taken away from their shared cell and executed, Hargrove said.

“He was flogged naked,” Hargrove said. “He was forced to sleep naked on an icy floor.”

Her client managed to escape, sneak out of Cameroon and make his way up from South America on the dangerous but well-worn migrant route to the U.S. border.

After he lost his case and appeal because of the incompetence of his first attorney, Hargrove said, another attorney hired to help her client reopen his case with new evidence took his family’s money and never filed the motion.

That’s when Hargrove got involved. But now, it may be too late.

The Board of Immigration Appeals has so far denied her request for a stay on her client’s deportation.

“He’ll be tortured, and he’ll die, and the court could grant his motion [to reopen], but he’ll be dead,” she said.

Detainees from both countries who are scheduled to be on the flight believe that they will be “disappeared” by their governments at the airport when they arrive.

“In July, ICE deport some people. Until now their family is still crying because they didn’t saw them,” said one Congolese asylum seeker. “They disappear.”

Human rights organizations including the Southern Poverty Law Center have filed a complaint with the Department of Homeland Security Office for Civil Rights and Civil Liberties on behalf of eight detainees who said many of them were beaten and coerced into signing deportation paperwork at Adams County Correctional Facility in Mississippi before being transferred to Texas.

Several in the complaint recounted ICE officials or facility guards pinning them down by the neck or otherwise making it impossible for them to breathe.

One man said he was pepper-sprayed in the eyes and strangled.

“I kept telling him, ‘I can’t breathe,’” the man said, according to the complaint. “I almost died.”

The man said he is still suffering from pain in his neck and struggling with his vision.

Some said they were dragged across the ground by officials to an area of the detention center where detainees are taken for punishment.

They said ICE officials or facility guards forcibly pressed their thumbs to the documents in place of a signature when they refused to sign. One said his fingers had been broken in the process.

All of this comes after Cameroonian detainees in Louisiana were separated after they organized a hunger strike over conditions there, according to Rebecca Cassler, an attorney with Southern Poverty Law Center.

“It’s deeply unfair that their cases were denied, and it’s a symptom of the broken system,” Cassler said. “These are some of the most classic asylum claims that you could have — groups that are opposing a violent dictatorial government who are fleeing and coming to the United States thinking this is a place where their human rights might be respected — and they’ve simply been jailed, tortured, and now they’re going to be removed.”

Like Loading...
Previous article Why Trump’s Immigration Policies Will Be So Hard to Undo Next article Migrant arrests at the U.S. border rose to a 13-month high in September