During his first days in office, President-elect Joe Biden plans to send a groundbreaking legislative package to Congress to address the long-elusive goal of immigration reform, including what’s certain to be a controversial centerpiece: a pathway to citizenship for an estimated 11 million immigrants who are in the country without legal status, according to immigrant rights activists in communication with the Biden-Harris transition team.

The bill also would provide a shorter pathway to citizenship for hundreds of thousands of people with temporary protected status and beneficiaries of Deferred Action for Childhood Arrivals who were brought to the U.S. as children, and probably also for certain front-line essential workers, vast numbers of whom are immigrants.

In a significant departure from many previous immigration bills passed under both Democratic and Republican administrations, the proposed legislation would not contain any provisions directly linking an expansion of immigration with stepped-up enforcement and security measures, said Marielena Hincapié, executive director of the National Immigration Law Center and its Immigrant Justice Fund, who has been consulted on the proposal by Biden staffers.

Both Biden and Vice President-elect Kamala Harris have said their legislative proposal would include a pathway to citizenship for millions of immigrants in the U.S. illegally, and The Times has confirmed the bold opening salvo that the new administration plans in its first days doesn’t include the “security first” political concessions of past efforts.

Hincapié, who was co-chair of the Biden-Sanders Unity Task Force on Immigration — part of Biden’s outreach to his top primary rival, Vermont Sen. Bernie Sanders, and his progressive base — said that Biden’s decision to not prioritize additional enforcement measures was probably a result of lessons learned from the Obama administration’s failed attempt to appease Republicans by backing tighter immigration enforcement in hopes of gaining their support for immigration relief.

“This notion concerning immigration enforcement and giving Republicans everything they kept asking for … was flawed from the beginning,” she said.

Biden-Harris transition team officials declined to comment on the record.

But on Saturday, Biden’s incoming chief of staff, Ron Klain, sent a memo to the administration’s senior staff that said the new president’s agenda includes “the immigration bill he will send to Congress on his first day in office,” which Klain asserted would “restore humanity to our immigration system.”

Biden’s proposal lays out what would be the most sweeping and comprehensive immigration package since President Reagan’s Immigration Reform and Control Act of 1986, which granted legal status to 3 million people who were in the country without documentation.

Under Biden’s plan, immigrants would become eligible for legal permanent residence after five years and for U.S. citizenship after an additional three years — a faster path to citizenship than in previous immigration bills.

But even with Democrats holding the White House and slender majorities in both chambers of Congress, the bill will probably face months of political wrangling on Capitol Hill and pushback from conservative voters and immigration hard-liners.

Several immigration activists who spoke with The Times praised the reported scope and scale of the bill and expressed surprise at its ambition. A number of legislators and analysts had predicted that the new administration, at least in its first months in power, would be likely to pursue immigration measures that would stir the least controversy and could be achieved by executive actions rather than legislation.

“I think this bill is going to lay an important marker in our country’s history,” said Lorella Praeli, an immigrant and longtime activist who has been talking with Biden’s staff, noting that the measure “will not seek to trade immigration relief for enforcement, and that’s huge.”

Praeli, president of Community Change Action, a progressive group based in Washington that advocates for immigrants, described the bill as “an important opening act.”

“If there is a silver lining to the Trump era, it’s that it should now be clear to everyone that our system needs a massive overhaul and we can no longer lead with detention and deportation,” she said.

Rep. Joaquin Castro (D-Texas) said in a call with reporters Friday that in the meantime, he was working on a bill seeking immediate protection from deportation and a fast-tracked path to citizenship for undocumented essential workers.

“It’s time for essential workers to no longer be treated as disposable, but to be celebrated and welcomed as American citizens,” he said. “If your labor feeds, builds and cares for our nation, you have earned the right to stay here with full legal protection, free from fear of deportation.”

In an interview this week with Univision, Harris gave a preview of the bill’s provisions, including automatic green cards for immigrants with TPS and DACA status, a decrease in wait times for U.S. citizenship from 13 to eight years, and an increase in the number of immigration judges to relieve a significant backlog in cases.

Rep. Raul Ruiz (D-Palm Desert), chairman of the Congressional Hispanic Caucus, said in an interview with The Times that he anticipates the Biden administration will present a combination of executive orders, stand-alone bills and a comprehensive immigration reform package — the building blocks of which are contained in bills already passed by the House. Among them are the Farm Workforce Modernization Act, the Homeland Security Improvement Act, the Humanitarian Standards for Individuals in Customs and Border Protection Custody Act, the American Dream and Promise Act and the Venezuela TPS Act.

Ruiz said that now is the time to act on comprehensive immigration reform, and that a “constant barrage” of dehumanizing rhetoric against immigrants led to a rise in white supremacist backlash under the Trump administration.

“I believe that our nation has been traumatized,” Ruiz said. “We need to be able to change the narrative to heal from that, to build trust amongst communities and to tone down the hateful rhetoric from the Trump administration. And to really show — not only ourselves but the world — that America still at its core is good and will uphold our humanitarian values.”

President Trump ignited international condemnation early in his administration when it separated more than 5,000 children from their parents starting in 2017 and ramping up in 2018 as part of a “zero-tolerance” policy on unauthorized attempts to enter the United States.

The policy was eventually stopped as a result of a national outcry, but not before many adults were deported to Central America, leaving behind hundreds of children, from toddlers to teens. Many are still separated from their parents.

Leon Rodriguez, who was director of U.S. Citizenship and Immigration Services from 2014 to 2017, said that “the public attitude toward immigration enforcement is at a different place in 2021 than it was at any point prior to the Trump administration.”

“I think there just has been a lot of things about how immigration enforcement was executed under the Trump administration that didn’t sit right with a lot of Americans, and that just creates a different attitude toward these matters and a different political calculation,” he said.

Though a traditional enforcement component won’t be part of Biden’s initial bill, that doesn’t mean it can’t be approached at a later time, Rodriguez said.

But he believes Biden’s overall approach will set an entirely different tone.

“It’s not going to be about walls and keeping people in Mexico,” he said.

Ruiz said that rather than simply adding more resources for immigration enforcement, the existing apparatus of federal agencies tasked with security should focus on going after guns, drugs and criminals.

“What we don’t want is to militarize the border,” he said. “We don’t want to demonize and dehumanize and criminalize an immigration process.”

But Lora Ries, acting deputy chief of staff at the Department of Homeland Security under Trump in 2019 and now a research fellow for homeland security at the Heritage Foundation, a conservative Washington think tank, said granting most immigrants a pathway to citizenship would sow division and erode the country’s immigration system. 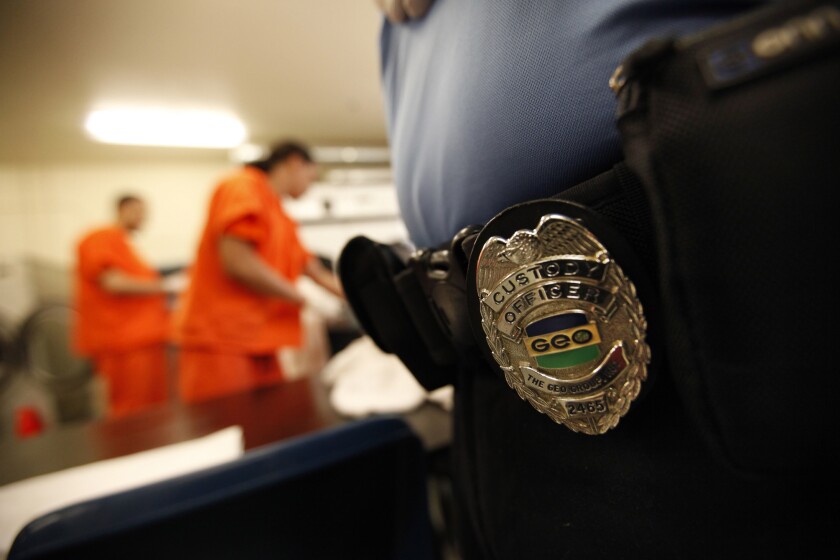 “Such rewards will attract more people to illegally enter the U.S. to await their eventual green card, undermining border security,” she said.

Hiroshi Motomura, an immigration law professor at UCLA, said any long-term solution to immigration reform has to address why people migrate in the first place.

“Legalization is essential, but [legalization] alone is going to mean we’re going to have the same conversation in 25 years or even sooner,” he said. “While I welcome legalization, I think it’s not enough.”

That’s exactly what happened as a result of the 1986 reform, Motomura said. This time, however, he thinks a comprehensive immigration reform bill stands a better chance at success. Having a Democratic majority in the Senate makes a difference, he said, but beyond that, “the pandemic has exposed the hypocrisy of [relying on] essential workers who don’t have legal status.”

“We’re seeing the Republican Party go through a lot of internal upheaval about what it stands for,” he said. “Issues on immigration never used to be as polarized along partisan lines. We may have a moment where there’s some movement for people to vote less on party lines.”

Rodriguez also said the timing of the bill is important. For years, Republican and Democratic presidents have tackled immigration in incremental ways and deferred or procrastinated on passing a large immigration bill.

“Biden is saying we are not going to do it that way anymore,” Rodriguez said.

Hincapié said Biden’s team would be able to bypass legislation to quickly make a number of administrative changes.

She expects him to announce several executive actions that would expand DACA, overturn Trump’s 2017 travel ban targeting Muslim-majority countries and rescind Trump’s public charge rule, which allowed authorities to deny green cards to immigrants who use — or whose U.S. citizen children use — food stamps or other public benefits.

If the broader bill were to die or take too long to pass, Praeli said, there are alternate venues for Democratic leadership to legalize a substantial group of people — specifically the estimated 5 million essential workers now in the country without legal status.

As part of COVID relief, the president-elect and Democratic leadership could decide to include measures offering legal status to essential workers via a process known as budget reconciliation, and that would only need 51 votes to pass the Senate.

“We are talking about potentially 5 million workers who have put their own lives on the line as essential workers,” Praeli said. “You cannot be essential and deportable.”